So if you’re buying a new PS4 or just bought a new PS4 and want to know if you can run PS3 or PS2 games on PS4 or you just wanna play retro PS3 games.

No, PS4 is not backwards compatible. So you will not be able to play PS3 or PS2 games by putting the disk in the console.

Though PS4 isn’t backwards compatible there is still another way to play most PS3 or PS2 games on PS4.

Yes, you heard it right with a PS Now subscription you can play almost all PS3 and PS2 games.

Now you might be thinking, “What is Playstation Now?”

Playstation Now or PS Now is a cloud-based game-streaming service that allows you to stream PS2, PS3 and PS4 games on PS4 and PC.

The benefit of cloud gaming is you don’t have to wait for your game to download since the games are stored in the cloud but you require a fairly good internet speed to stream the game.

PS Now subscription gives you access to about 800+ PS4, PS3 and PS2 games that you can stream on PS4 and PC and can download on PS4. 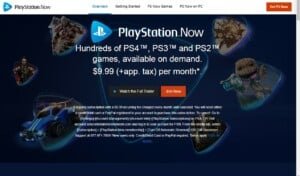 What PS3 games are available in PS Now?

Though PS Now doesn’t support all PS3 game collection still there are tens and hundreds of PS3 games available on PS Now like :

The Last of Us

What PS2 games are available on PS Now?

When it comes to PS2 games, Sony is adding select PS2 games to the Playstation store. So you can buy, download and play these PS2 games on PS4 without using any additional software.

PS2 games available on PS4 are:

How much PS Now costs?

PS Now doesn’t have any PS1 games as of now so there is no legal way to play PS1 games on PS4.

Since PS4 is not backwards compatible so you can’t run PS3 or PS2 games by inserting discs though there is another way of playing PS3 or PS2 games in PS4 by taking a Playstation now subscription and streaming or downloading the games.