Emulating games is one of the best ways to play those old awesome games and bring back the old memories you have with them.

You can play your favorite retro games without having a Nintendo 64, Nintendo Gamecube, or PS1. Now, all it takes is to download an emulator software and game you like and enjoy it with no extra charge.

I’m going to share here The 10 Best Games to Emulate for Android, iOS, and PC and I will also share what emulator can be used to run them on the respective devices.

Warning: I don’t recommend running an emulator on iOS as you need to jailbreak your device which is a dangerous task and might cause security problems.

Note: Though most of them can be played smoothly on low-end devices and a touch screen some require good hardware and a gamepad for better performance.

Either it is 1990 or 2022, Mario games are still Nintendo’s best-seller games. A similar best-seller game Super Mario 64 was released in 1996 as a flagship game by Nintendo.

Super Mario 64 was a 3d open-world game made for Nintendo 64 and is acclaimed as one of the greatest games of all time and was far better than its 2d predecessor in graphics and gameplay.

The game begins with Princess Peach inviting Mario to her castle for a cake that she baked for him. When Mario arrives he finds that the Browser had invaded the castle and imprisoned Princess. Mario then explores the castle and portals in the castle collecting 120 power stars and at last defeating Browser and Peach was released. 2. The Legend of Zelda: Ocarina of Time

The Legend of Zelda: Ocarina of Time is a fantasy adventure game released for Nintendo 64 and was the fifth game of The Legend of Zelda and the first with 3d graphics. The game was far better than its predecessors in terms of story, graphic, sound, and gameplay

With more than 7 million copies sold worldwide, many publications ranking it as the greatest video game ever made.

Just like all other games of the Zelda series, Ocarina of Time is the game of adventures of an eleven-year boy name Link. The main objective of the game was to save Princess Zelda from the evil thief Ganondorf. Pokemon Stadium is a 3d turn-based strategy game released in 1999 for Nintendo 64. Though the graphics of the game are pretty decent there is disappointment in the attack animation.

In stadium mode, there are four different cups:  Pika Cup, Petit Cup, Poke Cup, and Prime Cup from which Poke Cup and Prime Cup have four difficulty levels:  Poke Ball, Great Ball, Ultra Ball, and Master Ball. In Gym Leader Castle, the player will face 8 gym leaders from Kanto and the Elite 4 and finally, the player will face a rival player. When the rival player is defeated, 8 pokemon will be rewarded randomly.

After completing the above 2 modes, there will be a final showdown against Mewtwo in which you have to defeat him twice. There is a free battle mode in which players can compete against each other and many other mini-games. Sonic The Hedgehog 2 (1992) is a 2d side-scrolling platformer game for Saga Genesis. With more than 6 million Genesis cartridge sold, made it second best-selling Genesis game behind Sonic The Hedgehog.

The player can select Sonic or Tails or both, they have the same abilities. In dual-mode, the player control Sonic while Tails can run besides meanwhile another player can control Tails as well. The game is divided into many levels and each level ends with a boss fight.

The game also has a multiplayer mode, in which two players compete with each other a Sonic or Tails to the finish line in a split-screen race. If you like wrestling games then you are definitely going to fall in love with WWE Smack Pain especially when you like the 2000s WWE Superstars. Released in 2003, SmackPain had sold more than 1.5 million copies and has an aggregate score of 85/100 from Metacritic.

The game has more than 50 WWE Superstars like Stone Cold Steve Austin, Goldberg, Brock Lesnar, Kane, Undertaker, Tris Stratus, Sable, etc. and every superstar have the finishing moves that they use in reality show like Stone Cold’s Stunner, Goldberg’s Jackhammer and spear, Kane Chokeslam, and many more.

In PS2, at most 6 players can play in multiplayer. Though you can attach extra controllers to your PC as well more than 2 will make the game laggy.

Dragon Ball Z: Tenkaichi Tag Team was released in 2010 for the PlayStation Platform (PSP). The game has more than 70 customizable characters with in-game transformation and got 63/100 on Metacritic.

The game has both single-player and multiplayer mode with 1 vs 1, 1 vs 2, 2 vs 1 & 2 vs 2 battles with Dragon Walker, Battle 100, and Survival Mode. The Dragon walker mode takes the player from Saiyan to Majin Buu Saga. 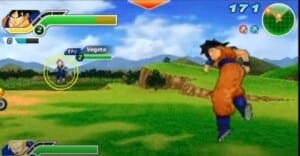 Street Fighter III: Third Strike is a 2d fighting game released in 1999 by Capcom. The game is also released online for PlayStation Network and Xbox Live Arcade in 2011 and can be played on PS4, Xbox One, PC, and Nintendo Switch.

The game has around 20 playable characters and is similar to Tekken. In single-player mode, the player faces 10 opponents with an increasing difficulty level and the final boss (mostly Gill). In multiplayer mode, players can select any of the 20 characters for a 1v1 fight against each other. The game also has various minigames like Parry the Ball and Crush the Car. 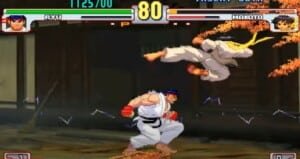 Advance Wars is a turn-based game published for Game Boy Advance in 2001.

The objective of the game is to defeat the enemy army and there are two ways of doing that either by wiping out every unit or by capturing the opponent’s headquarters.

The game has 18 units like helicopter, airplane, Mech, infantry, naval/submarine, etc. each having a different range, power movement, and function. In multiplayer mode, you can compete against AI or even with other players. 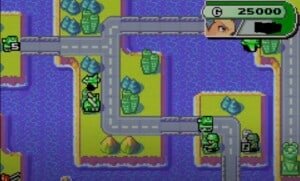 Contra 3 is a side-scrolling gun game published in 1992 for Super Nintendo Entertainment System. The game was praised for its visuals and audio design.

The Player control commandos and fight an alien invasion on Earth. The game has 6 stages which can be played in single-player or two-player mode. The player can jump, move, and shoot and have to face a boss at the end of every level.

Though there are hundreds of good games that can be emulated but cannot make in our Top 10 list so we would like to mention them here:

Though the games of Super Mario Series, Pokemon Series, The Legend of Zelda Series were also good, we had included the best of each series for diversity.

What Emulator Should I Use to Emulate Games?

There are tens or even hundreds of emulators out there that you can use to emulate these games. Here are a few good ones:

You can use any of the following emulators that you like or have.

This is it for this list of best games to emulate, we will be adding more awesome games that you would love to play as soon as we find.

You are free to share your favorite games to emulate or if you think we have missed a game do let us know in the comment section.