Either you play golf on a Golf course or virtually on your Xbox, the fun is the same if you have the right game for your Xbox. All you need are good graphics, game mechanics, gameplay, and sound with some competitive multiplayer tournament and customization to have that great feeling of the golf course in your home and have the same fun with friends.

Well, worry not I will be sharing The Best Golf Games for Xbox One in this list so you can enjoy them as well.

PGA Tour 2k21 is the continuation of The Golf Club franchise and was released on 21 August 2020. The game received 78/100 from Metacritic for Xbox. Though the game was criticized for lack of Professional Female players in the game (though can be created).

The game has around the 15 best courses in North America to test your skills but the courses are static as there is no movement in trees even during the extreme wind. There are different tournaments and course-specific challenges that can be completed to earn XP but XP is just a number as there is no powerup benefit to it.

Then there is The Rival System in which you play against 12 licensed pro golfers including Justin Thomas. You can also get sponsored deals with brands like Adidas and Puma as you proceed in career mode.

The game has many options for multiplayer, you can play multiplayer Local and Offline. Locally you can play via split-screen and online you can join tournaments and matches. You can also create or join clubs to have a feel of community and can enjoy yourself together.

The PGA Tour 2k21 has more unique features for the player where they level up the game faster. With more excitement and adventure, the game has more options to unlock on every level up. And online chatting provides the user to engage with other players around the world.  In the same way, the game has multiple options to create a new player with customized outfits and other accessories. With the customize option, you can change the color and team up with another player worldwide. Also, the tournament is conducted globally for every online player.

Increasing the gaming level will help to improve the player’s skill and performance in the game. In the same way, you can team up with other members and create a new challenge in the game. The customization options allow the player to create a female player, and their outfits and style can change according to the player’s needs.

Tournaments are given to the players to learn different techniques and gaming skills.  The game provides an extra level of tournament challenge for every player and increases their gaming skill. Every tournament is conducted locally, offline and online, where more players can participate together.

Creating your own club and joining more players together will increase skill and gameplay. With the club option, you can even develop tournaments and challenges among the players on it. With the club matches, you can level up the club too and unlock more features soon enough. You can even find more players and learn different gaming skills from professional experts.

Powerstar Golf is an Xbox One exclusive game developed by Zoë Mode and was released in November 2013. The game received a Metacritic rating of 65/100.

Powerstar Golf is more focused upon single-player mode with various challenges and a rewarding XP system. You can switch between 6 characters with different power and abilities. You can increase the stats of your golfer by buying new gears or from booster packs.

The game has multiplayer mode but lacks head-to-head online play though 4 players can play local multiplayer or can compete against AI. 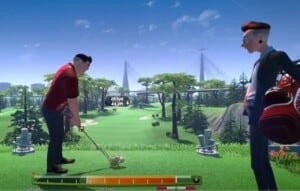 There are 20 courses including Augusta National Golf Club, the St. Andrews Links, and TPC Sawgrass. You can play as or against 20 pros such as Arnold Palmer and Jack Nicklaus, Tiger Woods, Bubba Watson, Dustin Johnson, or Rickie Fowler. In the game, you can also join clubs and the club player cap has been increased to 100 so there are enough members for tournaments and can chat with each other in the tournament. 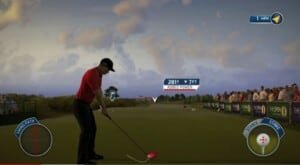 The Career Mode of The Golf Club 2019 includes Q-School, Web.com Tour, PGA TOUR, and the FedExCup Playoffs. the game also has an Online Multiplayer mode in which you can compete against other golfers in the game and improve and assess your gameplay. The game also has the feature of Online Society which is a leaderboard, you can compete in a custom tournament to gain currency and can climb to the top but the most exciting feature is designing your own course and sharing it with friends or other golfers or playing courses designed by other golfers. 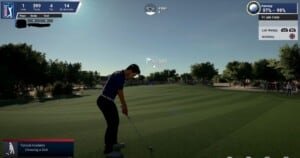 Frostbite, the engine used for the development of the game, gave a very realistic game with great environmental interaction. The game can be played offline (3 modes: Arcade, classic, and Tour) and online mode (both locally and connected by the net) but you can’t start your own club. 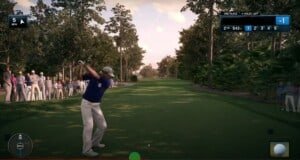 Golf with Friends is a game that supports all gaming consoles. The game is simple and has the best user interface to play for long durations. And the fun began its journey with streaming features on January 17, 2016. The game brings more challenges for every player, and as a beginner, you can find tutorials about the game. With level up, you can unlock more features on the game.

In the same way, you can find more customized game challenges and player balls colors on them. The game allows 12 players to play with different challenges on it. And the game contains 13 challenging levels with 18 holes and a total of 234 on it.

The game can be customized according to the user’s needs and brings more challenges to it. And it brings the massive choice for changing the ball color and different level wills more effective on it. You can choose the different gaming levels like classic, hockey games modes, and even dunk, which are easy to customize. With the ball customization, you can even change the hats, floaties, and trails on it.

The game has an online feature where you can get new players worldwide to play together. You can even create a customized room for friends both online and locally. With more options online, you can create customized maps for tournaments to increase your gaming skill. In the same way, you get the power-up options to freeze the ball in the air. The level editor allows the user to change certain things in the game and bring more challenges.

In The Golf Club 2, you can not only customize your player but also can make your own course each with its own sets of challenges generated automatically, and then share it with your friends. Each played game is saved online so on each course you can either compete with a previously completed round or can compete with online players. You can play with friends either locally or online. You can make or join online societies for having a more competitive environment and can track your progress against other players. 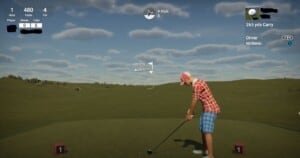 The NeoGeo Turf Master is a golf video game that was released in 1996. Similarly, they launched the Neo Geo CD console game, and then it was developed and re-released in PS2, Wii, and PSP. Now the game is ported to PS4 and the Nintendo Switch by the arcade archives series. They also launched the new version of Neo Geo Pocket Color, which is highly effective and grabs more audiences. And the game is started with two players, and the game modes make a fine choice, and they are easy to play.

With the customize option, the game level can change into a different mode, and it allows enriching the player gaming skill and style on it. Now you can even find the game on mobile, and it supports the IOS operating system. Video game has become more prevalent recently, and people have started to play more in number.

In Dangerous Golf, you are in an environment like a kitchen, a bathroom, a gas station, a palace, etc. with destructible objects like silverware or food items. If you destroy enough objects your ball turns into a fireball and you can also steer it. The objective of the game is not to put the ball straight into the hole but is to destroy items as much as possible and earn the most points and then put the ball in the hole to top the leaderboard and outperform your friends.

The infinite minigolf game is a high-demand one among many gamers. The game supports the entire gaming console and brings more options for the player to enrich its gameplay. And the game support comes with cross-platform functionality on it. In the same way, the game has more opportunities to play among other players in life. With the online and offline options, you can effectively play the game. The game has more opportunities to create where it brings new content and different game modes to make the game more attractive.

The game has a separate community where new ideas and challenges are discussed at a higher level. Even players are separated on different gaming clubs to a high level on it. The game has a unique interface and more options for every other group on it. And it brings the massive choice for changing the ball color and different story wills more effective on it. You can create customized maps for tournaments to increase your gaming skill. The game has a more challenging level and comes with a new update for the player.

This is it for The best golf games for Xbox One.

If you think we have missed any game or there should be a game in this list but it isn’t, do let us know in the comment section.