PS4 has something for everyone. Do you know what gaming is all about? It takes too much effort to be a top-class gamer. It’s not about enjoyment, it’s all about skills. So today in this post we will tell you the top 10 best ninja games for PS4.

So today in this post we are going to tell you every single detail about the top 10 games which you can enjoy on PS4 so if you’re willing to know about the best games on PS4 then make sure you read this post.

Some games from this list are considered the best online PS4 games. So you can play this game with your friends no matter how far they are. In this list, we have mentioned the games which are not only for a mature audience, but it is also for kids.

Some games in this list are quite popular. Few games are accessible for free, but since the ps4 was launched in 2013 a lot of games are available in the system at reasonable prices. The ps4 is the library of the best games.

If you have a 4K TV with HDR support then you can consider the PS4 Pro. It also has a boost mode to run some games. So here are the top 10 best ninja games for PS4.

The best way to define this game is to explain away the complexes that create it more manageable. So Nioh is an action role-playing game developed by Team Ninja for Playstation 4. The Nioh was published by Sony Interactive Entertainment in February 2017.

Nioh has its own original story which states that you have to take up your sword and travel to the Japanese Sengoku period, an era that is devastated by warring states and dark. You have to cut the brutal path through the land as samurai, William.

Cross blades in violent hand to hand and many weapons which you have to use against foes both human and also for the demon. Undergo the brutal encounters and keep learning each death will bring revival and each revival will be a greater resolve to overcome foes.

The Ghost of Tsushima is a 2020 action-adventure game which is developed by sucker punch production released on July 17 2020 the game is all about a samurai jin Sakai who is on the journey to protect the Tsushima island during the first Mongol incursion of Japan.

The Tsushima island stands between the mainland of Japan and a massive Mongol Incursion fleet which is led by ruthless general Khotun Khan.

The island burns and in the wake of the first wave of the Mongol assault, samurai warrior Sakai samurai stands as one of the last members. He is there to do what it takes to protect the people and reclaim the island. The game is all about an unconventional war for the island. 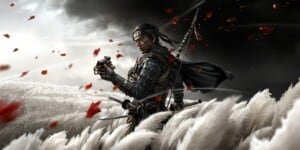 The strider is known as strides Hiyu in Japan. Strider is a platform adventure hack and slash game that is developed by Double Helix Games and Capcom’s Osaka studio. The game is available for Microsoft Windows, PlayStation 4 and 3, Xbox 360, and one. This game is a reboot 1989 video game strider.

In this game the player will control the Hiryu through several stages the time will be given to cross a level and Hiryu’s primary way to attack is his cipher. The game is all about a battle between Hiryu and grandmaster Meio.

The war frame is a free-to-play action game it is a role-playing third-person shooter it is a multiplayer game that is developed and published by Digital Extremes. It is available for Windows, Xbox one, personal computers. It was ported to PS4 in November 2013.

The third-person co-op-directed action game at its core, Warframe puts you in a race that is newly turned out after a year of cryo sleep into the solar system.

The game is all about defending the universe and you have to file Wield your Warframe’s tactical abilities, and craft a loadout to devastate the weaponry and interpret your playstyle to become an unstoppable force looter shooter.

The Sekiro is an action-adventure video game which is developed by FromSoftware and it is published by Activision. In the game, we follow the shinobi known as a wolf as he efforts to take revenge on a samurai clan who had attacked him and kidnapped his lord.

The game is available for Microsoft Windows, Xbox One PlayStation 4, and also for stadia. The game is all about completing the mission. By any means, Seiko has lost his life.

6. Mark of the Ninja: Remastered

The mark of ninja remastered is an aside-scrolling action stealth video game which is developed by Klei Entertainment and published by Microsoft Studios. The game was released on October 9 2018 for okay stations available for Xbox One, Nintendo Switch, and also macOS and Linux.

In this game, you will understand what it takes to be a Ninja. You must be silent, agile, and clever to outwit your opponents in gorgeous scenery and flowing animation. Every situation in the game will give you an amazing experience.

The shadow warrior is the first-person shooter video game which is created by Flying Wild Hog and published by Devolver Digital.

This game is the sequel of the shadow warrior 2013. This game is available to play on Microsoft Windows, Xbox, etc. Shadow Warrior 2 is the stunning evolution of flying wild hogs which offbeat the first-person shooter which follows the further misadventures to corporate shogun Lo Wang.

The game is all about surviving the corrupted world, the formidable warrior mist again wields a destructive combination of weapons and strikes down the demonic legions overwhelming the world.

The battle allies online four players or you can enjoy it alone in spectacular procedurally-generated terrains to accomplish the missions and collect powerful weapons.

8. Shadow tactics: The Blade of the Shogun

Blade if he shogun is a stealth-oriented real-time tactics video game which is developed by Mimimi production and published by Daedalic Entertainment.

The gameplay of this video game is quite similar to that of the Commandos and Desperados series. It was released in 2017 for PlayStation and Xbox one. The game received many awards as the best games.

The game is all about the teamwork of deadly specialists and sneaks in shadows that are trapped between enemies. You have to choose your team and set traps for your opponents.

The character’s in the game have to face their demons. The player has to evaluate the options in his orders and complete the mission. You have to come up with your methods to Vanquish the enemies and accomplish the mission.

The cyber shadow is a side-scrolling action-platformer video game that is created by the FINNISH Indie developer mechanical head studio and published by the Yacht Club Games. The game follows the

a cybernetic ninja named Shadow manages to resume his clan in a world that is overrun by a lot of machines.

In the cyber shadow game, the world has been taken by synthetic lifeforms. A plea helps to seat the shadow on a journey and to uncover the started path of perpetual ruin.

Which slash through the techno and hordes and traps and navigate the ruins of the megacity. Only a player can unlock the secrets to clan ancient power in the cyber shadow the quintessential Ninja Action game. 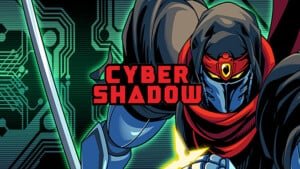 So ghost runner is a cyberpunk action video game that is developed by a Polish development studio. In October 2020 it is released for the PlayStation 4 and also for Microsoft windows.

The ghost runner game is all about action which is set in a grim cyberpunk setting for a futuristic megastructure. You have to make your way from bottom to top, confront the tyrannical Keymaster and take your revenge. 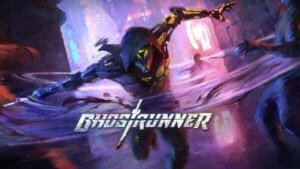